LoRa Iot or LoRaWan IoT represents the future for smart buildings. Until recently, the Building IoT Market has been dominated by wired sensors using Modbus and BACnet protocols. In recent years, different wireless communication technologies such as Zigbee, Z Wave, Bluetooth have entered the market. Despite the hype behind them, their short-range, security risks, and hard-to-configurable network architecture make them disadvantageous due to the complex nature of commercial buildings. 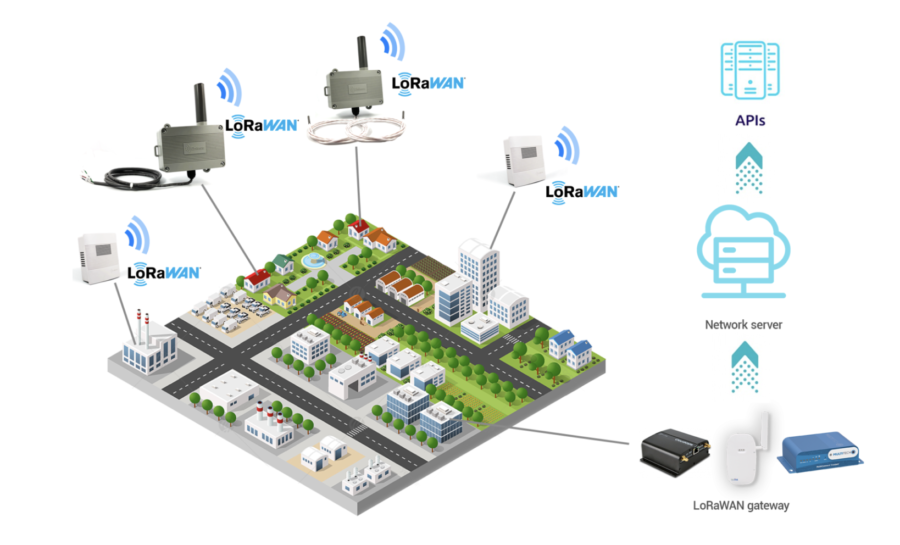 Range: The wider the coverage, the better and cheaper the IoT infrastructure. With LoRaWAN, depending on conditions, signals can reach 10 to 15 kilometres in urban areas, and 1 km in buildings.

Cost efficiency: LoRaWAN smart building architecture is comparatively easy to deploy within IoT infrastructure. Deployment on frequencies that don’t require licensing and low-cost base stations make LoRaWAN applications economically viable. Add to this the low cost of LoRaWAN IoT devices that can run for years on the same battery and reduced site visit costs for device maintenance.

Open-source: Being an open-source protocol, LoRaWAN covers all the community best practices. LoRa Alliance members do their part to propel LoRaWAN-powered IoT initiatives.

Good building penetration and low path loss: LoRaWAN radio waves can pass through obstacles and reach sensors indoors, such as those placed in elevators, basements, or underground parking garages.

Typical LoRaWAN network uses a simple architecture where LoRaWAN base stations connect to the internet through a variety of available backhauls and manage the bidirectional data flow between LoRa sensors and the centralized network server.

The growing importance of the IoT in conjunction with the high demand for application-relevant solutions, presently bring several new technologies to a extremely competitive market. an immediate comparison could be a tough enterprise as each of those technologies encompasses a right to exist. it's essential to require the distinct application state of affairs into consideration once choosing a particular technology.

Protocols such as WiFi and Bluetooth are often used in the smart home consumer sector to control or read data associated with lighting, shading and the acquisition of room information such as temperature. This is mainly due to the fact that the infrastructure usually exists already and that it often fully meets the needs of homeowner applications.

However, native space Networks (LANs) seldom meet or perhaps fail to fulfil the wants of commercial applications. LANs are designed primarily to manage giant quantities of information in a very short distance vary and that they are very cost-intensive. an outsized information measure isn't needed although as a result of theirs sometimes little or no knowledge traffic in good buildings. Roughly 99.9 you look after all LPWAN devices consume fewer than one hundred fifty Kbytes of information a month consistent with 3GPP ((3rd Generation Partnership Project) international cooperation of ordinary development committees for standardising mobile communications). the number of information, energy consumption and vary are in direct relevancy to each other. 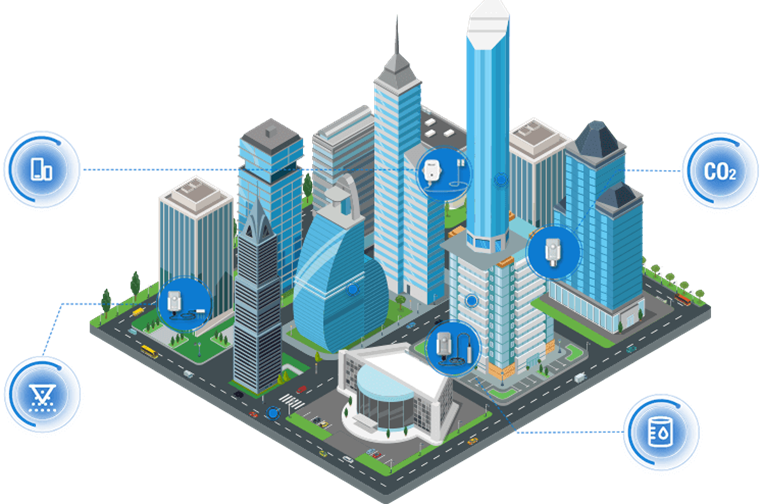 In building automation and particularly in smart buildings, information transparency plays a central role once it involves operative buildings as energy-efficiently as attainable. LoRaWAN has been developed to satisfy the necessities of the web of Things (IoT) and offers a powerful wireless vary and glorious building penetration. It takes only 1 gateway to totally cover a whole premises. Even basements don't cause a drag to LoRa wireless networks and that they will be simply integrated into the network. Since IoT sensors and actuators use little information, nearly any variety of sensors will communicate with the network server via one entree. this can be what makes the mixing of LoRa wireless sensors extraordinarily cost-effective: they are doing not need varied gateways or repeaters

Low power information transmission conjointly permits the energy-efficient operation of LoRa sensors and LoRa actuators exploitation batteries. battery lifetime of up to fifteen years isn't uncommon during this case. This reduces long maintenance work involving facility management to a minimum and permits retrofit measures to be enforced in existing buildings in no time flat as a result of no post install cabling has to be done.

Find how LoRAWAN can secure and provide connectivity with your building, Fill the form below.

Request a Call Back

For Business: If you want to get business inquiries for the best Energy saving solutions in Dubai ,Middle East and South East Asia, fill our short form or you can also send us an email on info@meuniversal.com

Our representatives will get in touch within 24 hours and provide you all the information related to our Smart Home Solutions.

Do select the Country you are inquiring from so our International Smart Building Solution team deployed globally can get in touch with you.

Thanks for contacting us! We will be in touch with you shortly.

Thanks for contacting us! We will be in touch with you shortly.